Natural Instincts: Why we override them and how to fix it. 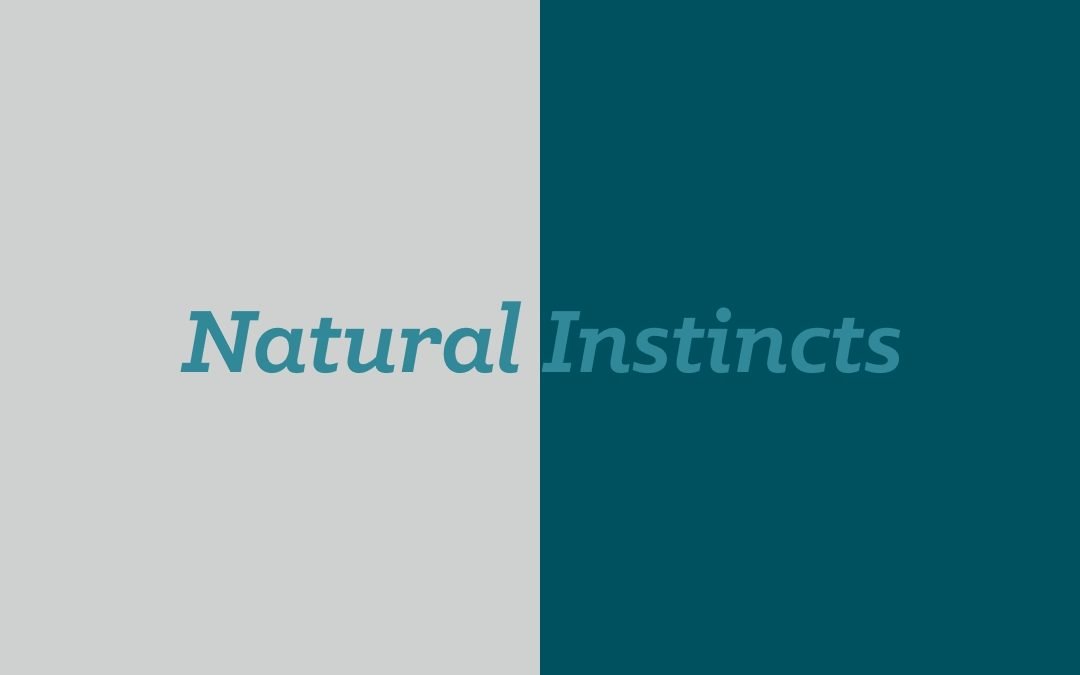 They say that when our alarm goes off on a cold dark morning, so that we can get to work on time, we override 43 separate natural instincts. FOURTY THREE!! Yet many of us do this daily and really without a second thought (other than we’d rather not!)

If we can override those 43 separate instincts and get to work on time daily, with not much difficulty what else are we doing that is not really what our body & brain want us to be doing?

It is thought that our brain has an unconscious and a conscious. The conscious being a very small part, whilst the unconscious, some may say, is split into three. The personal unconscious; built on our personal experiences, memories that are not active and habits learnt early in life. The social unconscious; built upon beliefs, often relevant to society or culture, taken on from significant authoritative figures such as parents, teachers, doctors etc. and the biological unconscious, our instincts. Our instinct to breathe – something we’ve never been taught or had to think about or the instinct for a baby to cry when put down, a very important survival instinct.

There are the beliefs of many authoritative figures in psychology. Carl Jung said that our unconscious is comprised of archetypes, “ancient or archaic images that derive from the collective unconscious” and the personal unconscious, containing all that was once conscious but has been forgotten or suppressed. He felt that the collective unconscious was a part of the mind we are all born with so very much like instincts but is separate from the instincts which he saw as being “an unconscious physical impulse toward actions and the archetype as the psychic counterpart”. Freud believed in The Ego, Superego and ID (instincts & drive). Freud said that the Ego was present in both the conscious and subconscious mind but acted as a mediator between the ID, superego and real life. The Ego prevents, if you like, the instinctual part of the brain from acting in a way that would be antisocial. The Superego, according to Freud, is developed by taking on ideas and beliefs from those around us, parents and society. It develops after the ego, appearing at about five years of age. (The Ego being developed around the ages of zero – three). The Superego is also working in the conscious and unconscious. Finally the ID, present at birth, is what rules children entirely and is there to fulfil our most basic urges which are generally a basic need for survival.

Then there is science, instinct in every animal is, brought about by survival. We can think about this by using David Barash’s, question (to understand possible evolutionary roots of any behaviour) “Why is sugar sweet?” Not meaning sweet the way we instantly think but sweet, as in tasty, moreish. It is thought that we are attracted to sugar because of its content in ripe fruit. Fruit is most nutritious when ripe and when ripe it is brimming with sugars. Our ancestors ate fruit for survival. Those who ate the most fruit would have been the strongest, most attractive and therefore most likely to have babies. Those with the taste for ripe fruit would have had a greater chance of survival, pass on the gene as they reproduced and the cycle would continue. Of course today we have refined sugars. Our instinct is to eat sweet things but we are choosing the cake and sweets. Society and culture are confusing our instincts, or maybe they are just confusing us. We are still trying to follow instincts but getting it wrong. This becomes understandable when we think about the prefrontal cortex in our brain, the part that regulates our behaviour yet develops last and may not be fully developed until the age of 25. It’s development is therefore directly related to our life experiences, beliefs of those around us, how we are treated, what society dictates etc. This part of the brain will be regulating behaviour and therefore any natural instincts. As this part of the brain develops while we grow it is not surprising that some of us can feel so confused and occasionally act in ways that are so detrimental. With anything in life we can ask ourselves “How might behaving in that way have increased the chances of survival and reproduction for our ancestors?” if it wouldn’t have we can probably assume we are not working with our natural instincts.

Whichever you look at (and please bear in mind there are many more opinions out there), it seems that there is an agreement we are born with certain instincts but in the early years other parts of our brain are molded and developed. The instinctual part stays the same as it was at birth but the other part/s are affected by our life experiences. Life experiences may help us to work alongside our survival instincts or against. If we are constantly fighting for survival as a baby science may say that the development of the prefrontal cortex will be impaired. Freud or Jung may say that we would suppress emotions that will affect us later on. If we are only shown foods that contain refined sugars, when the brain craves sugar we will turn to these as they are all we know – instead of the real instinct which should be towards fruit. Of course the affect can actually be more serious. If, for example, a baby is left to cry she will go quite. This is logical, initially the natural instinct of survival when left alone is to cry, alerting the parents to the danger. Naturally the parents would then return to retrieve the baby ensuring its safety. If there is no response to the crying however the baby will go silent – again a survival tool, noise is going to attract predators. If this pattern is regularly repeated the baby learns that no matter how much effort it puts in there is no effect. Learned helplessness. Learned helplessness can cause amongst other problems, depression and physical health problems in adulthood due to beliefs surrounding lack of control and power to change. With the help of hypnotherapy one can find that control and power to change. Beginning to understand the body, mind and natural instincts. There are many other aspects of our personality that may cause confusion in adulthood simply because there is a conflict in the brain between the natural instinct and the beliefs we have taken on from society. This is why I say on my website that some people come to see me because they simply do not feel right. Not only can you work out why you don’t feel right but you can find the power to move forwards so that you CAN feel right and actually quite good.